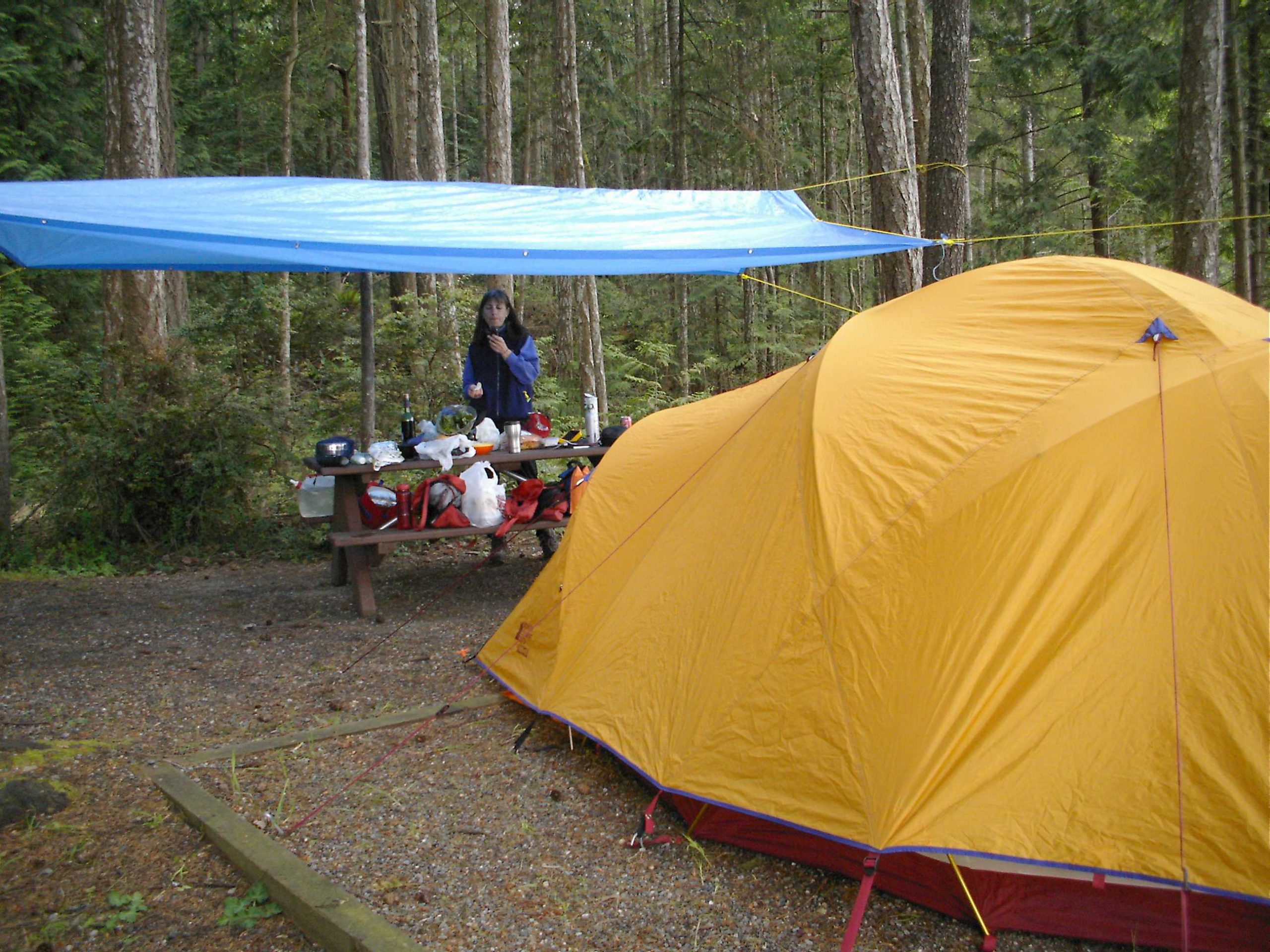 A Gulf Islands Marine Trails Series Article…A number of years ago we put in at Elliots Beach just outside Ladysmith and headed over to Galiano Island. At the north end of the island is Dionisio Provincial Park. To get to the Sandstone landing site you need to paddle thru Porlier Pass which is a 650 meter-wide channel between Valdes and Galiano Islands and regularly experiences 8-9 knot tidal streams. Timing is everything when going thru the pass.

Landing at Sandstone is open to the Strait of Georgia on a sloping rock ledge and can only be done when there is either no or very little wave action. Whoever the provincial employee who designated that as a landing site was never a kayaker. They have though built a kayak rack off the water to store boats. The campsite has room for around 30 tents and in the summer is used by people biking Galiano Island. There are picknick tables, a water pump and outhouse.
The other landing spot on the north end of Galiano is Coon Beach accessible off Porlier Pass or from the mud bay (at high tide only) south of the spit.
Located in the center of Porlier Pass, Virago Rock is the final resting-place of the 1911 steel steam tug, the ‘Point Grey’. It ran aground in 1949 and remained perched on the rock until the early 1960’s when it rolled over and sank. At the NE entrance to Porlier Pass, next to Canoe Islet, lies the 60-metre steam side-wheel schooner, the ‘Del Norte’, which ran onto the reef and sank in 1868. In 1972, the ‘Del Norte’ was declared a protected Heritage Site by the BC Government.

First Nations and the BC Marine Trails